Legal Gangsters: Netflix’s I Care a Lot Uncovers the Dark Side of Legal Guardianship—Part 1

Previous Next
Legal Gangsters: Netflix’s I Care a Lot Uncovers the Dark Side of Legal Guardianship—Part 1

The Netflix movie I Care a Lot provides a dark, violent, and somewhat comedic take on the real life and not-at-all funny dangers of the legal (and sometimes corrupt) guardianship system. While the film’s twisting plot may seem far fetched, it sheds light on a tragic phenomenon—the abuse of seniors at the hands of predatory “professional” guardians. Generally speaking, legal guardianships are intended to protect vulnerable adults with diminished or lost capacity. However, in many cases, we’ve seen that the legal system did not adequately protect individuals, leaving them at risk for exploitation.

In this two-part series, we’ll discuss how the movie depicts such abuse, how this can occur in real life, and what you can do to prevent something similar from happening to you or your loved ones using proactive estate planning and our Family Wealth Planning process. For support in putting airtight, protective planning vehicles in place, meet with us as your Personal Family Lawyer®.

Note: This article contains spoilers for the movie I Care a Lot.

At the beginning of the movie, we meet Marla Grayson, a crooked professional guardian who makes her living by preying on vulnerable seniors. A professional guardian is a person appointed by the court to make legal and financial decisions for incapacitated, often senior “wards” of the court, who are deemed unable to make such decisions for themselves.

Working with a corrupt doctor, Marla targets wealthy victims and gets a judge to order these individuals unfit to care for themselves and then appoint her as their guardian. From there, she and her business partner/ girlfriend, Fran, move the seniors into a nursing home, seize their homes, and sell all of their assets for their own financial gain.

Marla’s scheme takes a turn for the worse when her latest senior victim, Jennifer Peterson, turns out to be the mother of a Russian mob boss named Roman Lunyov. After Marla has Jennifer placed in a long-term care facility, Roman tries unsuccessfully to get his mother out of the facility, first by bribing Marla, then through the court, and finally by trying to break her out.

While this may seem ludicrous, this kind of abuse actually happens outside of the movies to seniors with significant assets, even those with caring adult children like Roman.

At this point, the movie descends into a violent back-and-forth between Roman and Marla, as they each try and fail to kill one another, until they both decide that rather than murdering each other, they could make more money by going into business together.

Fast forward to several years later, we learn that Marla and Roman have become millionaires after starting a global chain of senior care services, called Grayson Guardianships, which employs thousands of crooked guardians overseeing hundreds of thousands of “clients” all over the world.

Based On True Events

With its over-the-top violence, kidnappings, and Russian mobsters, some might dismiss I Care a Lot as nothing but dramatized Hollywood hype and find it hard to believe that an operation as sinister as Marla’s could ever actually exist. But the fact is, the movie’s writer and director, J. Blakeson, came up with the idea after reading news stories about very similar (less the mob and murder) situations. And knowing such things actually happen makes the movie even more terrifying.

“The idea first came when I heard news stories about these predatory legal guardians who were exploiting this legal loophole and exploiting the vulnerability in the system to take advantage of older people, basically stripping them of their life and assets to fill their own pockets,” Blakeson told Esquire Magazine. “They run through their money as fast as possible, store them in the worst care home, and just forget about them. Just park them and then move on to the next one, and that felt almost like a gangster’s operation.”

And while the real-life scams never reached a level on par with Grayson’s Guardians, one crooked professional guardianship business in Las Vegas did manage to bilk hundreds of unsuspecting seniors out of their life savings. As we detailed in our previous article, Use Estate Planning to Avoid Adult Guardianship—and Elder Abuse, a real-life Marla Grayson named April Parks, who owned a Las Vegas-based company called A Private Professional Guardian, was sentenced to up to 40 years in prison in 2018 after being indicted on more than 200 felonies for using her guardianship status to swindle more than 150 seniors.

In her case, prosecutors described how Parks, in a similar fashion as Marla, used a shady network of social workers and medical professionals who helped her track down her elderly victims. On the lookout for wealthy seniors with a history of health issues and few living relatives, Parks was often able to obtain court-sanctioned guardianship during court hearings that lasted less than two minutes.

From there, the guardians would force the elderly out of their homes and into assisted-living facilities and nursing homes. They would then sell off their homes and other assets, keeping the proceeds for themselves. Even worse, the guardians were often able to prevent the seniors from seeing or speaking with their family members, leaving them isolated and even more vulnerable to exploitation.

The Most Punitive Civil Penalty

What makes these cases particularly tragic is the fact that for the most part everything these unscrupulous guardians did is perfectly legal. As Blakeson put it, “They had the law on their side, and there was nothing you could do.” Although guardianships are designed to protect the incapacitated from their own poor decisions, guardianship can turn out to be more of a punishment than a benefit.

In a 2018 New York Times article detailing the state of the guardianship system in New York, Florida congressman Claude Pepper described guardianship as “the most punitive civil penalty that can be levied against an American citizen, with the exception, of course, of the death penalty.”

Indeed, once you’ve been placed under court-ordered guardianship, you essentially lose many of your civil rights. Whether it’s a family member or a professional, the person named as your  guardian can be granted complete legal authority to control every facet of your life. While guardianship is governed by state law and varies from state to state, some of the most common powers guardians are granted include the following:

Additionally, though it’s possible for a guardianship to be terminated by the court if it can be proven that the need for guardianship no longer exists, a study by the American Bar Association (ABA) found that such attempts typically fail. And those family members who do try to fight against court-appointed guardians frequently end up paying hefty sums of money in attorney’s fees and court costs, with some even going bankrupt in the process.

Given the potential for neglect, abuse, and exploitation that guardianship affords, it’s crucial that seniors and their families take the proper steps to prevent any and all possibility of falling prey to such scams. Moreover, because any adult could face court-ordered guardianship if they become incapacitated by illness or injury, it’s vital that every person over age 18—not just seniors—take proactive measures to prepare for potential incapacity.

Fortunately, there are multiple estate planning tools that can help prevent such abuse from occurring. With us, as your Personal Family Lawyer®, we can put planning vehicles in place and offer ongoing advisory and support that would make it practically impossible for a legal guardian to ever be appointed—or need to be appointed—against your wishes.

Next week, we’ll continue with part two in this series on the dark side of adult guardianship and offer tips for how you can avoid the potential for abuse using estate planning.

This article is a service of Ashley DeBoard, Personal Family Lawyer®. We don’t just draft documents; we ensure you make informed and empowered decisions about life and death, for yourself and the people you love. That’s why we offer a Family Wealth Planning Session™, during which you will get more financially organized than you’ve ever been before, and make all the best choices for the people you love. You can begin by calling our office today to schedule a Family Wealth Planning Session and mention this article to find out how to get this $750 session at no charge. 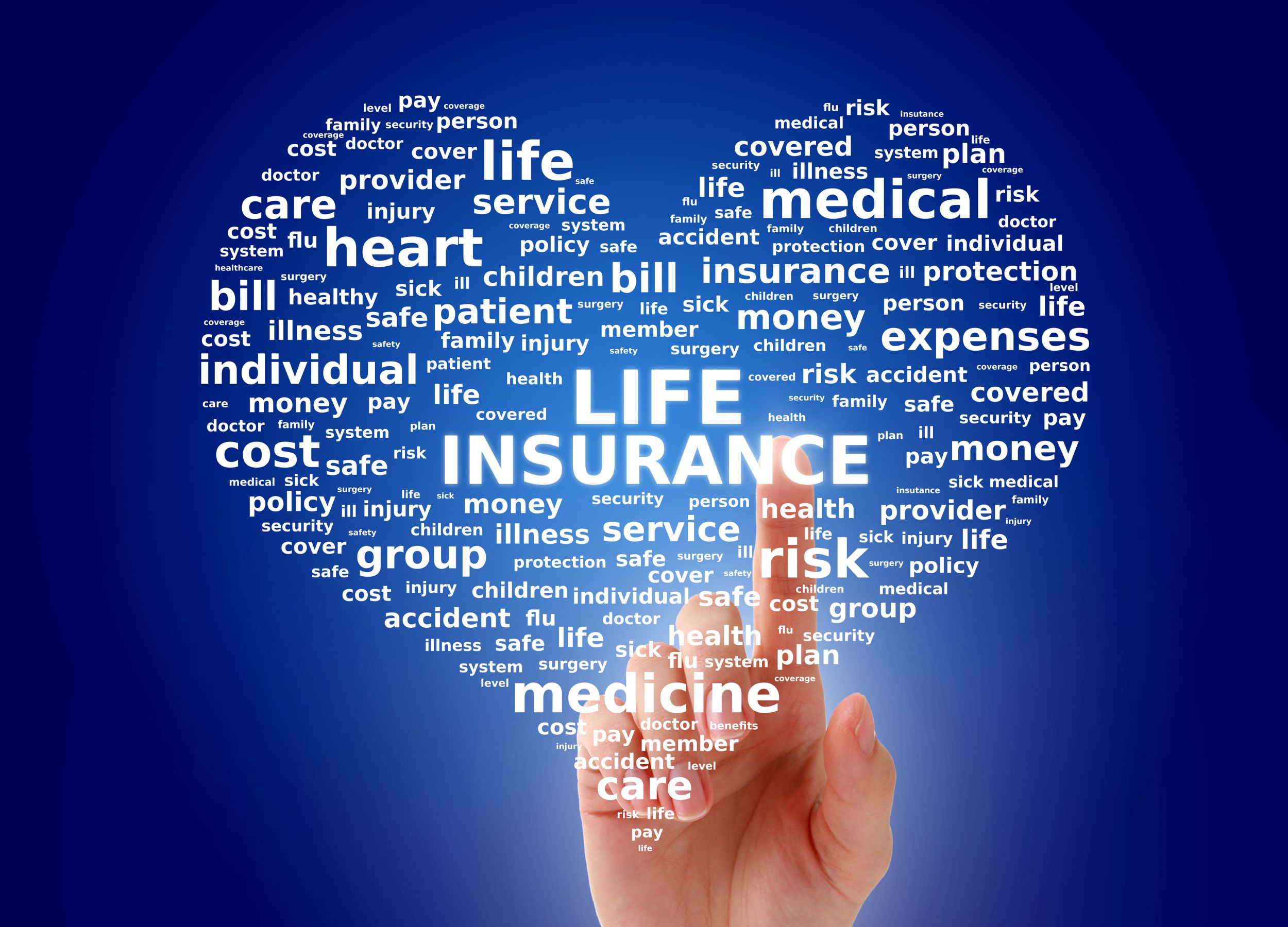 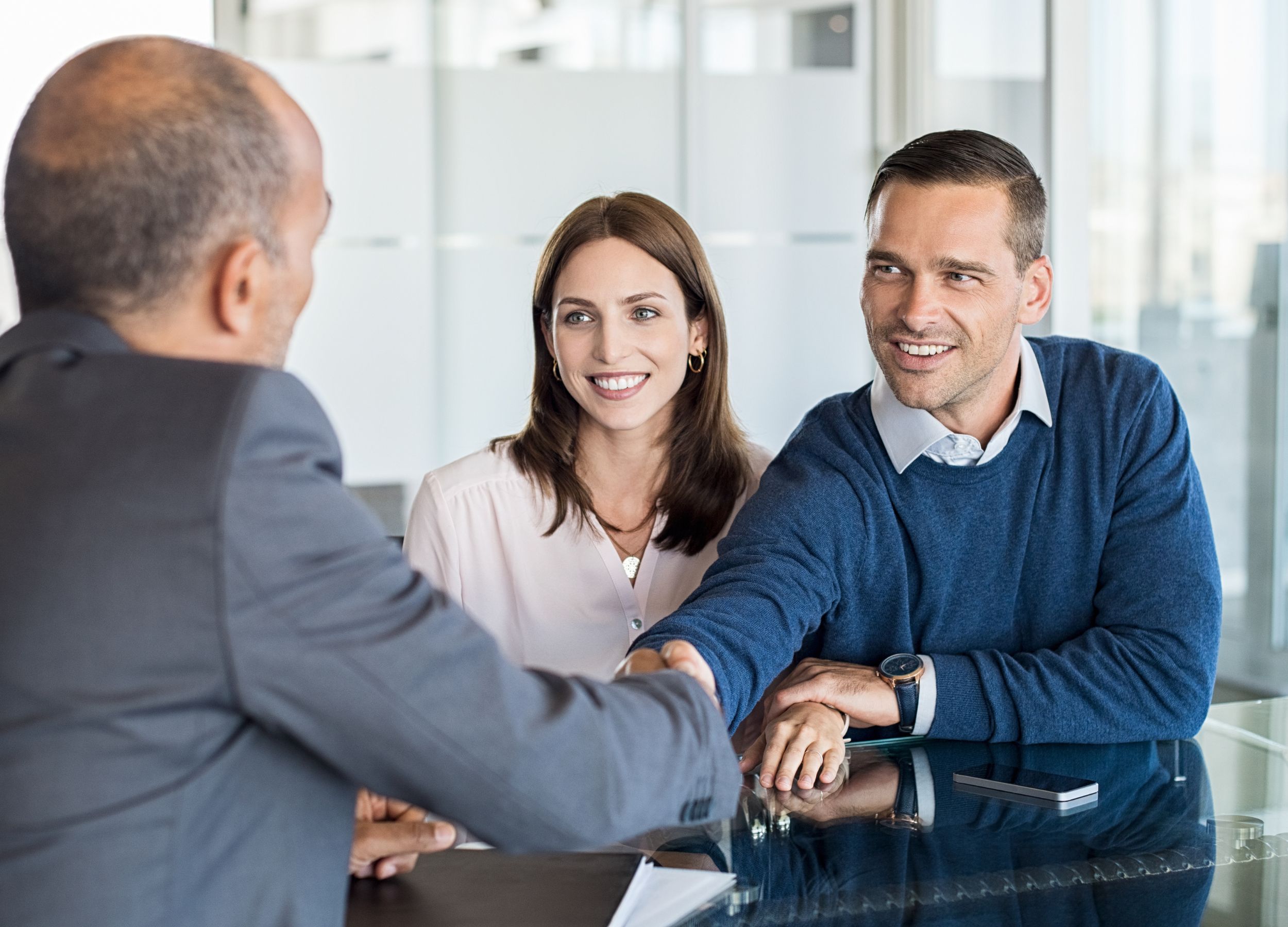 Which Type of Trust Is Right For You? 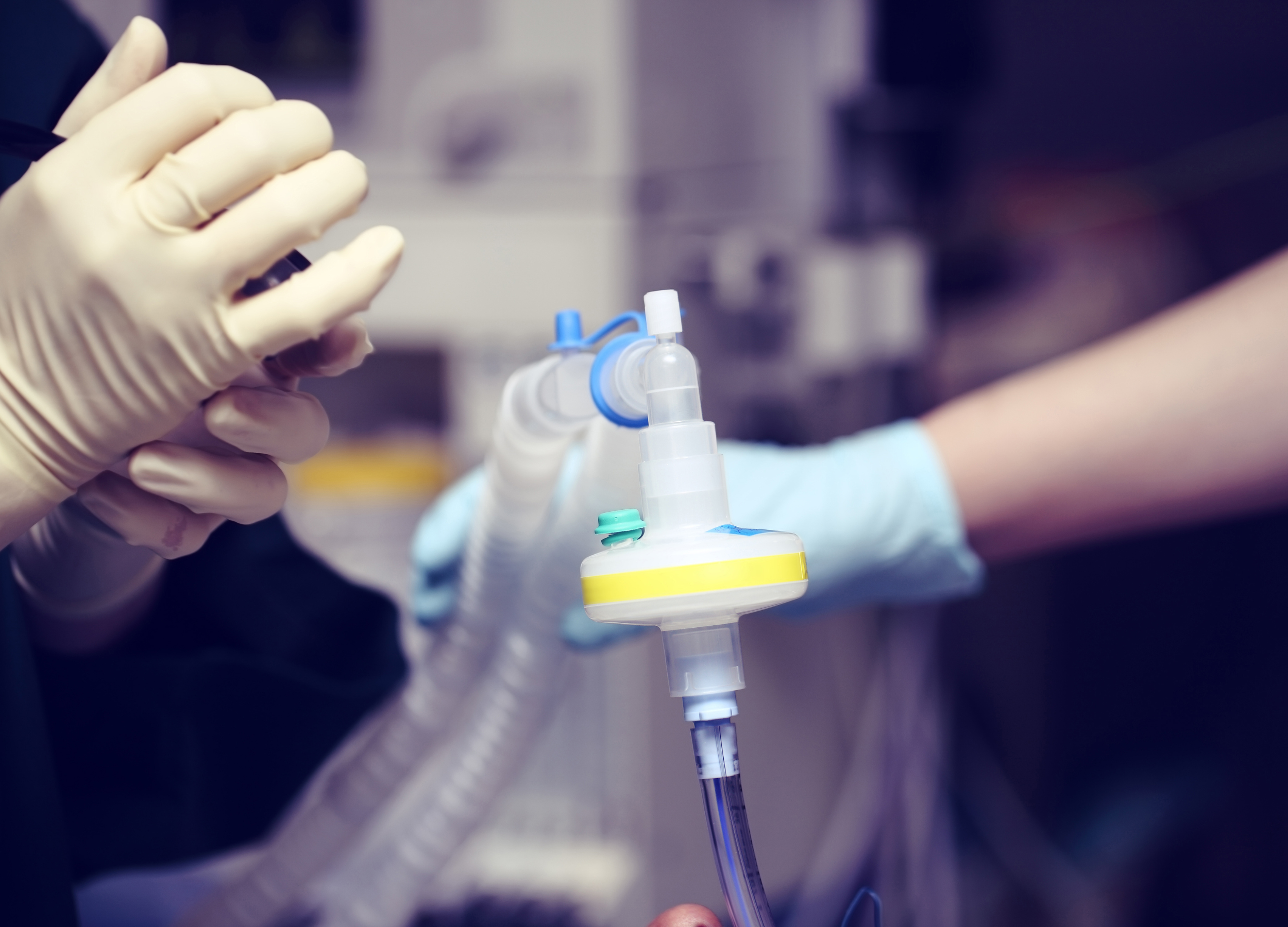 Why Every Adult Needs A Living Will 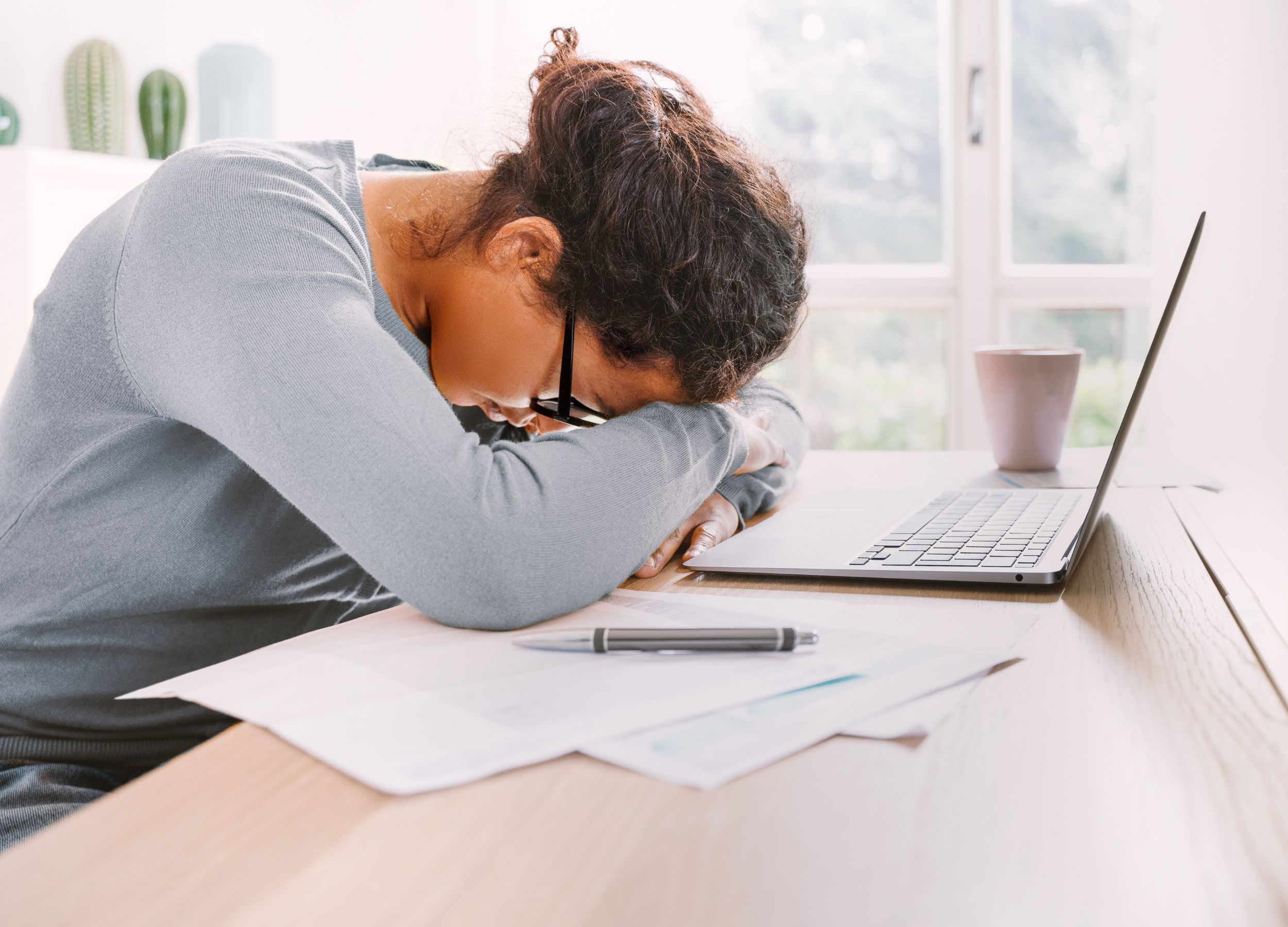 What Happens To Your Debt When You Die?